Joie was holding a beating heart above her head. She faced the east; her outstretched arms greeted the rising sun as she released a primal scream.

Lying on the altar was a naked girl in her late teens or early twenties. Her chest was torn open, a gaping hole where her heart once was.

Joie’s body, no, a man’s body, was in full arousal, blood-lust and the absolute power of life and death exciting him. The feeling of a warm beating heart in his hands while watching the life force leave a human body was…

Joie woke up. Her breathing was heavy, adrenaline coursing through her veins. A strange feeling left her pelvic area as her consciousness returned to her female form in the here and now.

Joie reached for her journal to record the dream. Next to her nightstand, she saw a beautiful Mayan spirit entity. He smiled at her. She recognized him from the dream; he was atop the pyramid with her.

As Joie recorded her dream, her new friend stood close. When the images upset her, he re-contextualized the experience. He shared a different perspective that changed the meaning of the horror and gore she had caused.

The dream seemed to last only a minute but filled three pages in her journal. Now complete, her new spirit friend introduced himself as Aapo. Aapo explained that he and Joie had shared many lifetimes together and that her dream was from one of them.

A Spirit’s perspective about life

Over the next 10 minutes, Aapo shared several things with Joie about their lives as Mayan Priests. In her journal, Joie wrote:

First: Aapo shared that each entity incarnates to play a role in the society they choose. He referred to this as “when in Rome.”

Second: That good, bad, right, wrong, and morality are subjective and unique to each society.

Third: He asked Joie to recall the very beginning of the dream. Aapo pointed out that the young girl gave her life of her own free will.

Fourth: Things are rarely what they seem. Aapo smiled and morphed his projection into Al. Al smiled and asked Joie, “Where else do your outward senses delude you?”

Thanking Aapo/Al, Joie put away her journal and sat for her morning practices. Her meditation and self-healing were restorative. But when she asked for a message to set the tone for her day, Al showed her a big red danger flag. Having her full attention, Joie asked Al to tell her more.

Opening the spiritual eyes of your soul

Al replied, “Be aware of the delusions of your outward senses.”

Waiting for Al’s reply, a thought entered Joie’s mind. It struck her like a bolt of lightning, a sudden flash of clarity that created a lucidity she’d never known before.

Joie experienced being connected profoundly with everyone and everything at the same time. She, as an individual, disappeared. Her identity was replaced by a collective consciousness connected directly with the universe. The experience wasn’t like thinking but rather like a spontaneous flow of knowledge. Joie felt weightless and that she was everywhere and nowhere at the same time.

Her mind was quiet. Joie experienced 360-degree awareness. Her body, mind, and spirit harmoniously connected as one vibration. She was at one with the physical and spiritual world. Joie understood her place in the Universe.

The face of God

Joie stood face-to-face with GOD and recognized herself. She touched the source of life, an infinite order, and oneness beyond the physical world. She transcended the delusions of her outward senses. She experienced a limitless life force. The energy both encompassed and emanated from her being at the same time.

Joie never left her chair but experienced the infinite expanse of the universe. The source of energy was of her and yet separate from her. She felt at home in the peaceful chaos of time and space. To her, it felt like the universe folded in upon itself in such a way that everything was here and not here at the same time. The order was exquisite, everything in its place while having an individual identity.

Joie had reconnected with the part of herself she lost when incarnating into this body. The thought of her body returned her to awareness of temporal, physical reality.

Enlightenment happens when we least expect it…

Joie was unsure how long her “enlightenment” experience lasted. She started to reach for her journal but decided it would be a waste of time. She knew her experience was unique to her, unique to this moment in time. Nothing she could write could ever describe her experience.

Instead, Joie meditated. Her concentration practice was acute and precise, her stillness profound. After her timer sounded, Joie sat, allowing thoughts to come and go without trying to control them.

Her usual worries and concerns seemed insignificant. Her typical assortment of fears and anxieties were gone. During this free association, Joie remembered that today was her birthday. Her fortieth birthday. She wasn’t at all upset about hitting this milestone. 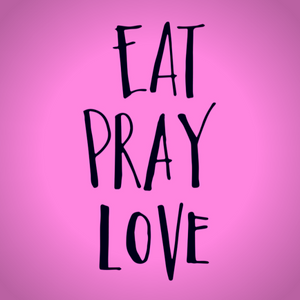 Joie looked into her future. She saw herself turning 41, 45, 50, 60, and 75. In a few moments, Joie traveled 35 years into the future. She smiled thinking, “That’s not so far when compared to the expanse of the Universe.” Joie saw her future, and it was good.

In her journal, Joie wrote three words to remind her of the morning’s happenings and her future. “Eat. Pray. Love.”

Realizing she was running late, Joie rushed to her car. As she backed out of the driveway, Joie received a text message from Samuel wishing her a happy birthday. She decided to reply later.

Today was her second birthday alone since breaking up with Samuel. Joie smiled thinking, “Yes, I am alone. But for the first time in my life, I am not lonely.”

Joie consciously decided not to date for a while. She was committed to staying single and becoming an independent woman. After a few months, Joie realized she was bored with her routines. She was considering various hobbies when she saw a FaceBook ad for a Big Brothers and Big Sisters fundraiser. “That’s it. I’ll help a kid,” she thought.

Joie had been a Big Sister to Mallie for about a year now. Her Little Sister was Mallie, short for Malorie. Mallie’s Mom died from cancer when Mallie was four. She was nine now. Mallie’s Dad, Bill, was a writer who wrote articles for the internet. Bill worked from home and was a great Daddy to Mallie.

Bill wanted Mallie to have a stable female influence in her life. The first time they all met, it was instant harmony. Bill had declined four other Big Sisters before clicking with Joie.

A horn blasted, and Joie snapped back to the present. The light was green, and the guy behind her wasn’t happy and was still laying on his horn.

Joie started forward, waving an apology, when she noticed something was wrong. The guy in the truck behind her was wearing a hoodie and sunglasses with a cigarette hanging from his lip. He was reaching under his seat for something.

In her mind’s eye, Joie saw a gun. Her stomach flipped. Remembering the red flag, Joie accelerated hard across the intersection. She made a quick turn into a 7-11 parking lot. The guy followed her. He stopped next to her and flashed a gun, cursing at her. 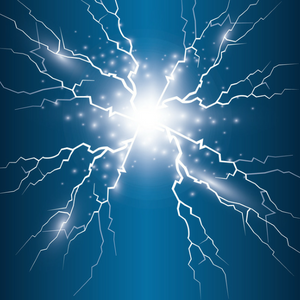 Joie remembered the power she had felt in her dream. Intense strength and power rose within her being. As her energy level rose, a mental calm focused, then amplified the energy. Joie looked squarely into the guy’s face. She thought, “Don’t you dare fuck with me!” At the same time, she projected a sonic wave of energy toward him at flank speed. When the energy reached him, his face calmed. He lowered the gun and drove off. Joie remembered Al’s message, “Be aware of the delusions of your outward senses.”

Joie wasn’t sure why the guy drove away. Was it her desperate attempt to chase him off with an energy bomb? Or did he drive away because there were witnesses in the parking lot? It didn’t matter. Joie hadn’t panicked. She had perceived a gun and trusted her knowing. The forewarning gave her enough time to focus her actions. And it worked out!

What the hell just happened

She didn’t quite know what the hell had happened, but she felt strong, powerful, and confident. Joie smiled thinking, “Eat, Pray, Love is happening. My future is happening.”

“Oh crap, Jenn!” Joie sent a text to Jenn explaining she would be late. Then she dashed off to meet her friend and kick off her birthday celebration. (She already isn’t paying attention to her driving so I wouldn’t put sped off)

A future of “Eat, Pray, Love,” was a far cry from the mantra she grew up hearing, “No rest for the wicked.” Joie’s Evangelical Christian up-bringing create many more scars than joys in her psyche. 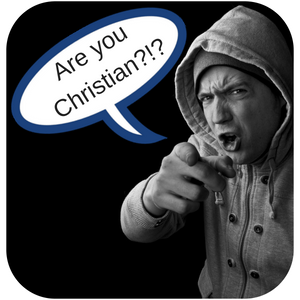 Joie finally made it to the coffee haus. Jenn was waiting. They were meeting to studying for an upcoming practicum at the psychic development school they attended. Their inside joke was that the school was the closest thing to Hogwarts in the real world. Today they were practicing touching and identifying vibrations of people behind their backs to determine whether they are female or male…

Joie’s back was toward the door. Upon hearing the door open, she reached out with her awareness and touched the vibration of the new vibration. She knew it was a boy and that he felt familiar, Joie shuddered.

Jenn, riding shot gun, was verifying Joie’s perceptions. Jenn immediately recognized their old friend and inquisitor. She smiled thinking about him loudly whispering … “Are You Christian?”