Joie’s dilemma was a familiar one…

I’m at the same damn place again, will I ever learn? Will I ever have a relationship that works?

Joie had been at this crossroads too many times to count, watching the sunset over the Pacific Ocean while trying to make a decision. This time it was whether to stay or go. To break up with Samuel or not.

Joie was watching seven, maybe eight dolphins out-surf the locals, when she remembered her mom. Her mom would call her name, in some pseudo-French accent hidden within a southern drawl. “Joie d’Esprit, come here, I want you to see this.”

As the story goes, her name means “Spirit’s Joy,” inspired by her mom’s first sight of her newborn daughter. But it’s chicness somehow lost its flair when you got to the Smith part.

Today, her spirit was anything but joyful, but this pity party was different. She wasn’t crying, and things seemed less dramatic than the many times she was here before. She wondered if it was the spiritual development classes she’d been taking?

That thought faded as she smiled, watching a young mom trying to get sand out of her three kids’ various crevices. The children were all under six and seemed to be cooperating, patiently waiting their turn in the shower.

After a short while, Joie came back the task, to stay or go?

One thing for sure, this time she wouldn’t be consulting her friends to make this decision. She already knew what advice they’d give and besides, she felt confident about her ability to do what was right for her.

Her Sensitivity was because of a sharp Aura “C.”

Joie had always been overly sensitive to the needs and desires of others, especially her lovers. This sensitivity served her well over the years, but it came at a price — often her happiness and sense of self.

She took pride in her ability to help others feel happy, satisfied and fulfilled but it only seemed to work when she put her life, dreams, and ambitions on hold.

She recalled being told in her classes that her sensitivity and empathic nature were due to her very sharp Aura “C” and that she’d make an excellent spiritual healer if she chose to develop those skills.

Blankly staring at the horizon as the sun approached the ocean, it dawned on her what was different this time. She’d been meditating.

She hadn’t thought the meditation practice was working. She meditated because it was part of her classes. But it must be working. She was calm and at peace, her emotions barely perceptible.

At first, she credited the day’s calmness and peacefulness to the beauty of the ocean and sun setting, but her serenity was coming from someplace deep within.

Joie felt like she was at home in front of a blazing fireplace while she contemplated whether to leave Samuel or not.

Ha! She smiled. They were right, it really works. Her teachers kept saying that by learning to do this stuff for ourselves, we would experience first-hand why it’s still around after tens of thousands of years.

Joie couldn’t help comparing her current sense of calmness and certainty with how scared to death she’d always been learning about the “vengeful God of Abraham” in Sunday School. Mr. Barnard, her Sunday School teacher, would undoubtedly say she’d be first in line for hell for taking these classes.

She watched the sun’s first touch on the horizon and recalled what her spiritual teacher had shared in class a couple of months back…. “you ain’t gotta do nothing.” The memory struck her like a bucket of ice water sending cold shivers down her spine.

A student complained about not wanting to go somewhere “they had to go,” expecting to gain sympathy for their suffering. Asking, “I have to go, Right?”

The answer was “You ain’t gotta do nothin’ you don’t want to do.”

As the sun was disappearing, she heard a little voice in her head chime in “you don’t have to stay.” But it wasn’t the nasty critical voice who commented on everything she’d ever done as long as she could remember. No, this voice was playful and whimsical with a tone sounding like an invitation to be free. 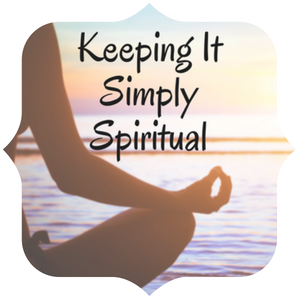 As the sun made its final stand against the horizon, she wondered if green flashes were really a thing as a new consciousness was dawning in Joie’s awareness…

For possibly the first time in her life, Joie clearly saw that she was the one living a lie. In fact, her lies were the source of her suffering, her misery. She didn’t know where all this stuff would lead, but she certainly knew what she had to do about Samuel.

BTW: If you have a difficult decision to make and feel stuck, a spiritual reading helps you clarify your thinking to make the best choice.
Click here to book a reading now!.