Joie woke with a start. Filled with terror, sweating bullets, and unsure where she was. She looked at Samuel. He was sleeping. Scanning the room, she noticed nothing out of place. 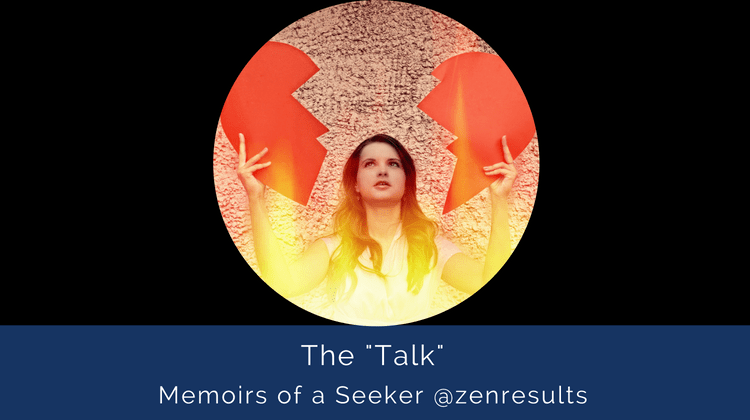 “The Talk”: What The Hell Was That?

Taking a deep breath, Joie tried to remove herself from fear’s grip. She reached for her journal and tried to recall the dream that woke her up.

Joie’s breathing steadied and her mind started to calm. Looking out the window, Joie saw a brilliant orangey pink sky. The sun would break the horizon soon. A new day. But would it be her last day? She took a deep breath and let it out forcing herself to recall the dream.

“The Talk”: A Setting Sun Heals All Wrongs

Earlier that week, Joie decided she had time to squeeze in the sunset before class.

Joie sat at the beach, with the sun several minutes from setting, her mind was free to wander. The three questions surfaced immediately. Noticing them, a sense of frustration overcame her whole being. It was as though her body wanted to go one way, her mind another, and the quietest part of her yet another.

Joie quieted her mind, tuning in to hear what her voices had to say. “The frenemy” was being supportive. Its comment was, “Don’t worry so much. The three questions were only rhetorical exercises.” “Her knowing” voice whispered, “In time and on time, all will make sense.” And finally, “the observer” wasn’t commenting on either side, which was scary as hell.

Before the sun had set, her phone alarm sounded informing her it was time to go to class. Joie sat two more minutes watching the sun. She was glad she made the stop.

“The Talk”: Will Jenn Still Be Pissed?

Arriving at her class, Joie scanned the room for Jenn. Not seeing her, Joie wondered to herself if everything was okay between them. They hadn’t spoken since Sunday.

Gene was by the door and smiled when Joie walked into the room. Gene was tall and pudgy and wore a metrosexual ensemble. His style seemed forced with too much effort spent putting it together.

Joie smiled back saying, “Hey Gene,” and offered him a hug.

As they hugged, Joie noticed that Gene always smelled fresh.

“The Talk”: Déjà Vu All Over Again 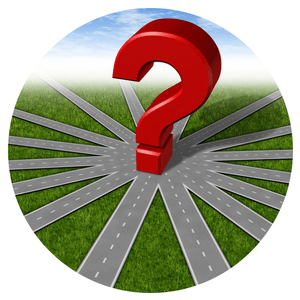 There Are Only Three Important Spiritual Questions. Know their answers.

Joie took her usual seat in the front row, center and began to quiet her mind and calm her emotions. She was still puzzling over the three questions but to no avail.

The instructor started the class. He began by welcoming several new students and giving his introductory speech…

Joie had heard this talk several times, so she only half listened.

“My name is Mick. My spiritual development began 15 years ago when I walked through these same doors. But that’s not true is it?”

Answering his own question, Mick said. “Like your spiritual development, mine began the first time I incarnated as a human being. That lifetime, nothing spectacular happened, I assure you. But that lifetime started my quest to achieve “individual, personal spiritual perfection.” Your first incarnation as a human was the same.

I study and practice this philosophy because it asked me three questions I could not answer.

Startled, Joie found herself hyper-focused on what Mick would say next.

“The Talk”: The Three Questions

Mick continued in his stoic manner, “If you don’t know the three questions, they are: Who am I? Why am I here? And Where am I going?”

Shocked, Joie had never heard this part of Mick’s origin story. Joie grabbed her notebook. She was ready to capture whatever Mick said next. Joie thought to herself, “Thank God, Mick’s speech is slow and deliberate.”

“My answers to these questions are a work in progress. I’ve spent most of the past 15 years discovering who I am not, why I’m not here, and where it’s best for me not to go.”

“The Talk”: Of Course, Now It Makes Perfect Sense

The events of the past several weeks made sense. Joie, seeing her prejudices, crossing her emotional quagmire, and meeting the “frenemy” was Joie becoming aware of what no longer served her. Parts of her personality that no longer worked. Joie had become aware of what she wasn’t and begun to create who she would become.

Joie smiled, relieved and seeing the progress she was making. Mick winked at her.

Joe put her journal down to meditate and felt Jenn touch her vibration. She turned, and the two friends smiled at each other. Joie was overcome with a sense of love and acceptance.

Jenn’s smile and Mick’s wink made her feel part of a family. Joie had found her spiritual home.

“The Talk”: Two Minds Touch For A Moment

After class, Jenn approached Joie while she was waiting her turn to chat with Mick. They embraced, and both started to apologize at the same time.

“Okay.” Joie dried a tear in her eye.

Jenn started, “Thank you for accepting me at my worst. I always poke my nose where it doesn’t belong. You were being you, and that scared me. I was worried about what you thought about me. And what does Joie say about me behind my back? I lashed out to protect myself and scare you away so I wouldn’t get hurt, I’m sorry.”

They embraced, and Joie said, “I understand, now my turn.”

“Thank you for your gift of honesty.” Joie was blushing and continued, “It wasn’t until you lost it that I realized how big a bitch I was being. I was channeling my Mom and Grandma. It’s no excuse. I never considered there was any other way to behave. Your gift made it possible for me to hear that judgmental part of my mind and see the others as well.”

It was Joie’s turn. She hugged Jenn and went to meet with Mick.

“The Talk”: Are Your Reading My Mind?

Joie answered, “Why did you talk about the three questions tonight?”

“It felt like what needed saying,” Mick spoke matter-of-factly.

Mick sat for a minute or so, then replied. “You were the only one who heard what I said. I touched your vibration and noticed how you were calming down, so I winked. Anything else?”

Joie both loved and hated Mick’s directness. “Nope, see ya next week.” When Joie got up to leave, Mick said one last thing to Joie, “Pay careful attention to your dreams the next several days.”

Puzzled, Joie thanked him and left for home.

When Joie got in the car, she added a note to her journal about paying attention to her dreams for the next week or so. 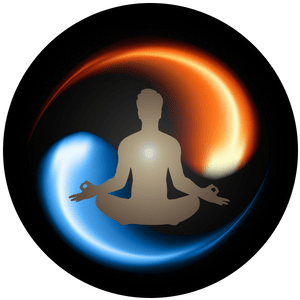 Driving home, Joie wondered if Samuel was back yet. He’d stopped off at the Golf Center to practice “Zen Golf.” Joie’s head was shaking, giggling to herself about this latest turn of events with Samuel.

After the Psychic Faire, Samuel texted her “We need to talk” with a damn kissy face emoji. Joie arrived home first. She was numb with fear that Samuel was breaking up with her.

The irony that she had been debating breaking up with him barely a month earlier wasn’t lost on her… karma!? Had Samuel picked up on her “breakup vibes?”

Samuel had gotten home and put away his golf clubs and wanted to take a quick shower. He didn’t seem ready to break up with her. Joie was grateful that he takes quick showers.

When he came out of the bedroom, Samuel was grinning like the Cheshire Cat. He sat across from her. He smelled good and his green eyes were sparkling.

Unable to wait any longer, Joie almost shouted, “What do we need to talk about?”

Samuel cocked his head and asked, “You alright?”

“Yes, but what do we need to talk about?” Joie insisted.

For the next five minutes, Samuel had rambled about golf. Something about putting and visualizing putts. That golf is a mental game and wanting to nail his upcoming Vegas tournament for work. Joie grimaced when he started talking about his handicap.

Joie had interrupted Samuel, annoyance in her tone, and asked: “But what do WE need to talk about.”

“Oh right,” Samuel brightened even more and asked in the same childish way, “Will you teach me Zen Golf?”

Almost losing it, Joie asked, “What the hell is Zen Golf?”

“You know using that meditation stuff you do to get a better golf score. You know like Ty Webb in Caddyshack? Be the ball!” Samuel now had a serious look on his face trying to be all “Zen.”

Joie had stared, uncertain how to reply.

Samuel continued, “Look you’ve been taking those “woo-woo” classes for a while now, and you seem calmer. I need to be calmer when I putt. I need to BE the ball and see myself being sucked into the cup. Make sense?”

This Could Be Fun! 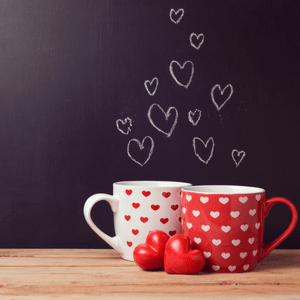 Joie had grinned and said, “Sure it makes sense. I’m happy to show you how to meditate. You’ll make a great ball.”

Samuel went to the kitchen, and Joie sat on the couch dumbfounded.

Lost in thought, Joie jumped when Samuel walked back into the living room to pull her off the couch. He said, “Let’s go to Big Bear this weekend. You can give me a personal one-on-one meditation retreat.”

“Hey, wait.” Samuel teased, “If I’m learning to meditate, do I have to be celibate?”

Joie had laughed at his joke when she realized he wasn’t joking. Joie mused to herself, “This is going to be fun.”

Next week, Joie discovers some dreams can be lifesaving but not all dreams are created equally.

« Sleeping with the Frenemy
Joie Discovers Zen Sex »
Posted in Memoirs of a Seeker and tagged 3 questions, the talk